(NOTE:  In order to continue posting the blog, I’ve had to change the format, especially of the pictures.  I’ve reduced the file size of each picture considerably and full-sized images will no longer be posted.  Instead, at the end of each written blog, I’ll post a series of photographs instead of including them within the written section.  This isn’t the way I would prefer, but given the limited bandwidth of the ship’s WiFi, it’s the best I can do within the one-hour time limit I’m trying to allot for writing and posting.)

After sailing all night, the ship arrived just outside Cologne, Germany, about 8:30 a.m., where it stopped to drop off the guests going to town, before navigating the remaining 10 miles or so upriver to the docks near the city’s center.  Misty rain greeted us as we left the ship and boarded a bus that took us downtown, but I wasn’t too concerned because we planned a morning at the city’s 900 year-old massive gothic cathedral and at a museum next door highlighting the city’s 2,000 year-old Roman history.

Our guide planned to show us the inside of the cathedral before exploring the outside of the structure and visiting town center, but the moderately-heavy rain made any outdoor tour unpleasant though not impossible.  Nevertheless, the time we spend inside the church was an impressive experience.

Begun with the laying of a cornerstone in 1242, the cathedral wasn’t finished until the final stones in the spires were set in 1880 due to lack of money and sometimes lack of interest.  Unfortunately, the building suffered tremendous damage by 20 allied bombs in WWII, including the collapse of the roof.  But the people of Cologne, a town of more than 1 million people, dedicated themselves to rebuilding the damaged church and completed the final work in the 1990s.

The church is said to contain the stolen bones of the Three Wise Men of Christmas fame, though some testing suggests there may be as many as five different people contained in the gold chest containing the bones.  Once a year, church officials display three skulls for those who make the pilgrimage to Cologne.

More than 80 stonemasons work year-round to maintain the cathedral, which soars more than 500 feet in the air and covers about 24,000 square feet.  It’s said the building can house 20,000 people and today it seemed like there may have been half that many tourists wandering around getting in the way of my camera.  They were probably just getting out of the rain, too.

Mosaic Floor of a Roman Villa

During the post-war reconstruction of the church, workers discovered an amazing Roman mosaic some 25-feet below the surface of the ground.  The Roman empire had expanded northward into what is now Germany more than 2000 years ago and by the first century AD, Cologne (derived from the Latin word for “colony”) was firmly established as a Roman town with a growing store of wealth.  The mosaic found next to the church was actually the floor of a wealthy Roman’s dining room in a large villa.  Thought was given to removing the mosaic, but it was decided that moving it would probably destroy it, so the city instead decided to build a museum of Roman history around the mosaic, using it as the centerpiece of the museum, which now holds thousands of elaborate artifacts from Cologne that attest to the Roman occupation.  The town had elaborate sewers and aqueducts, many villas, and statues, walls and structures that have been uncovered and preserved.

Following the museum visit, we took a short, damp tour through the city center learning more about this amazing city from our energizer-bunny guide, Parthena.  Of Greek and German heritage, fluent in four languages, and schooled in archeology and art history, she provided an amazing tour of Cologne.  We could easily and enjoyably have spent the entire day with her.

Tonight we’re going on a beer tour of Cologne.  If we make it back, I’ll write about it tomorrow, assuming the absence of a hangover. 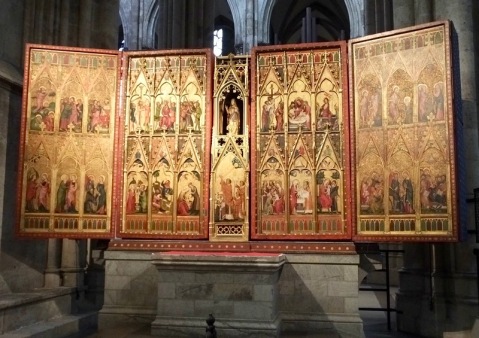 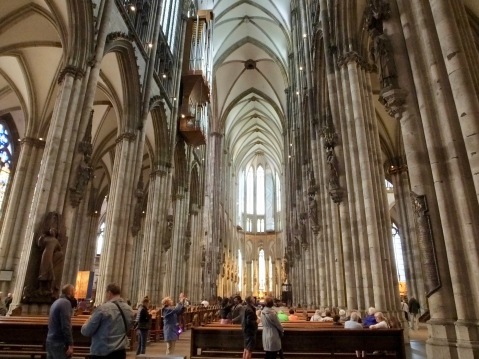 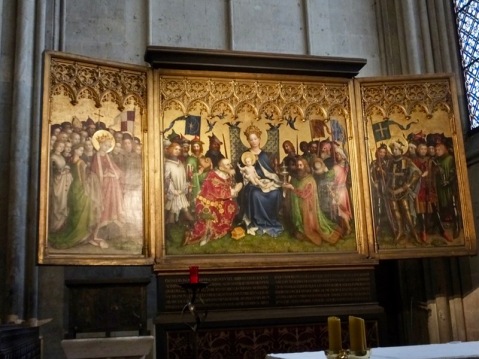 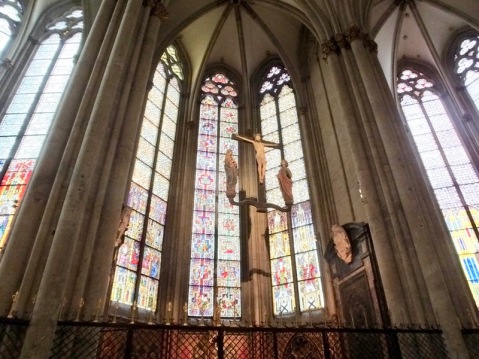 Museum of Roman Artifacts and History 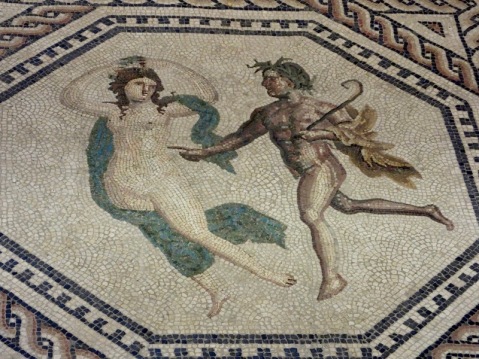 Close up of Mosaic Floor 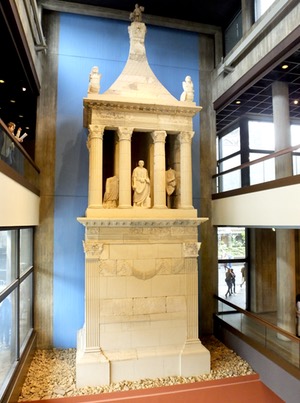 Mausoleum of a wealthy Roman 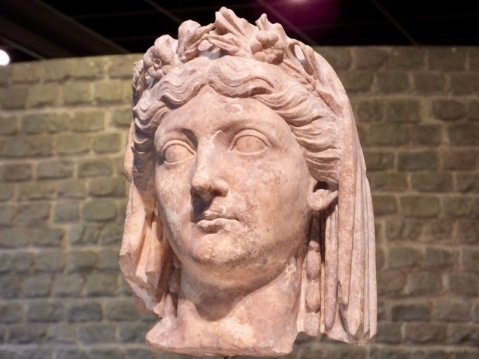 One of the most valuable holdings of the museum.  The filigree was etched from a solid piece of glass that became the cup.  Only one of five in the world. 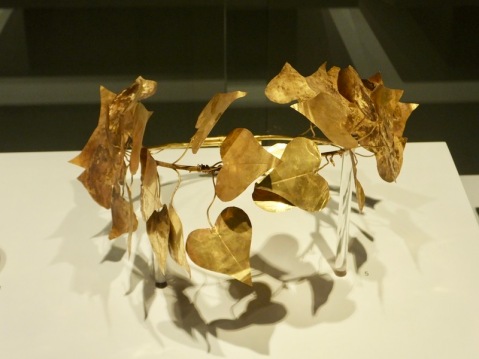 Statues on the side of City Hall. 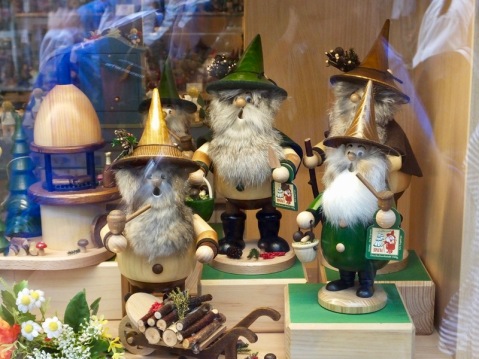 City hall in the background. 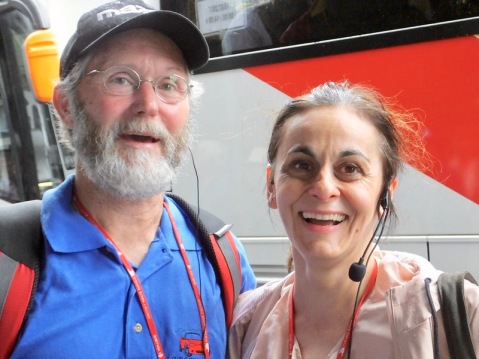 Parthena was our guide extraordinaire in Cologne.

8 responses to “Day 3: Cologne–(aka Köln) Cathedral and a Museum”