(NOTE:  I have worked for four hours today trying to post pictures, but the internet service about ship is unable to accommodate me.  I will try to post more pictures when we reach Cologne tomorrow.  Sorry.)

Minutes after I posted the blog last night, the ship pulled out of Amsterdam for a short overnight cruise to Kinderdijk, a UNESCO World Heritage Site because of its 19 functioning 17th century windmills. Although I couldn’t see much of Amsterdam as we left the dock, the buildings along the dock provided a minor light show as we slowly slipped our moorings and began our upstream journey. 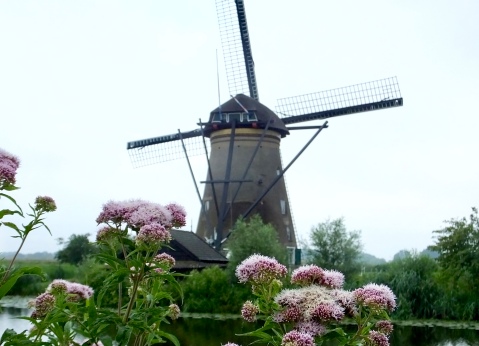 The windmills at Kinderdijk remain operational because of the love for these engineering marvels by the people who live in and operate them. For the honor and privilege of living in them and raising their children in them, operators must give 1,000 hours of labor per year to using the windmills to continue pumping water from low ground to higher ground. How special is this honor? 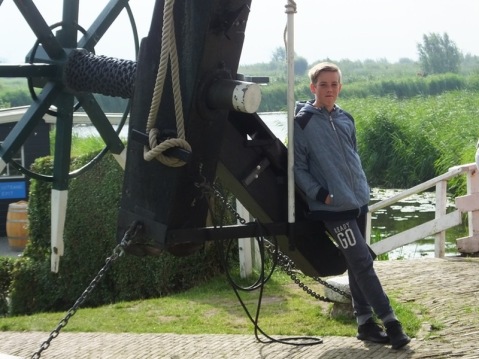 Today we met a young man of about 13 or 14 years who will be the 12th generation to live in and operate windmill #5 at Kinderdijk. The windmill was built in 1738 and the Hoek family has been part of the watery landscape for nearly that long.

Approximately 50% of The Netherlands lies below sea level on land taken from the sea and made dry through diligence and hard work for hundreds of years. Initially the iconic wind powered mills were the only source of pumping power, but beginning with steam in the 1850s and augmented by electric and diesel motors in the 20th century, the area being claimed from the North Sea has grown dramatically and is an engineering marvel that engineers from around the world come to study. 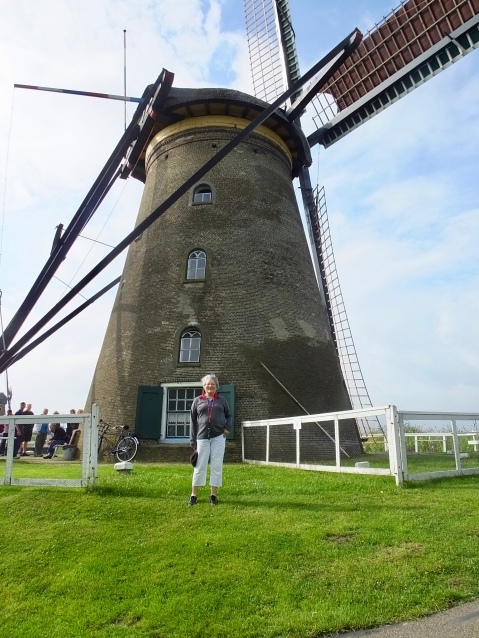 Our very-knowledgable guide on today’s walking tour from the ship to the windmills is one of 250 local volunteers who commit their time and energy to preserving this uniquely Dutch heritage. Some give tours to companies like Viking Tours, some work in gift shops, some donate time to maintaining the miles and miles of dykes, but all care deeply about their country’s culture and history. And few things are more Dutch than brick and wood windmills. Most have disappeared over the years and many more–perhaps al–would have without the passionate support of Netherlands’ post-war queen who made it her mission to save as many of these windmills as possible. 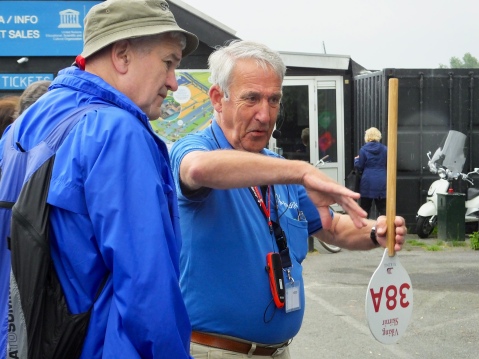 (A short geography diversion is in order here. The Netherlands is often called Holland, but our guide set us straight by pointing out that “Holland” is the name of several coastal provinces of the Netherlands from where many 16th and 17th century mariners sailed. When asked where they were from, they said “Holland” and the English and other world travelers began calling the country that. At the same, the people from the Netherlands were known as the “Dutch.” Why? Because their language was similar to the Germans who were “Deutsch.” Hence, they were called Dutch by those who thought they were germanic. End of geography lesson.)

Back to the windmills.  Eighteen are occupied by the “millers” who operate them. One of them is available to thousands of tourists like us who want to walk through a piece of history. It is known as #2. The windmills have four, levels: a bottom level with a kitchen/dining/living/sleeping room for parents and one or two infants and the lower workings of the windmill gears, a second floor where girl children slept, third floor where male children slept, and a fourth floor known as the “smoking” floor where the chimney from the ground floor opened up and allowed the miller’s wife to smoke eel and fish. It also contained the upper workings of the windmill gears that powered the pumps. And these cramped quarters constituted living space for up to 12 children and two adults who were glad and fortunate to have it. In a country where it rains more than 200 days a year, a roof over one’s head was something to be sought and protected.

The windmills are basically conical brick structures with a thatched roof, wooden “wings,” and huge wooden gears painstakingly made from wood gathered from throughout the world, including Indonesia (ironwood) and Surinam in South America (greenwood), as well as the oaks of south and central Europe and the willows of the Netherlands. 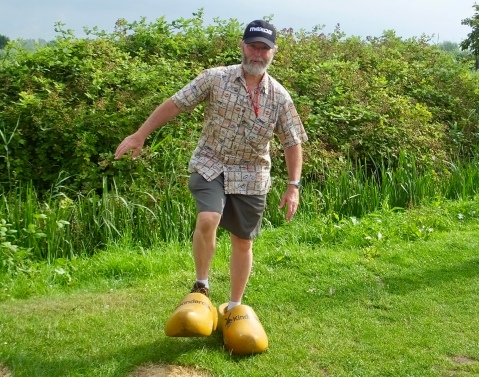 Tomorrow we arrive at Cologne, Germany, for a tour of the great cathedral and town center.  In the evening beer and bratwurst.  And hopefully better internet service.

4 responses to “Day 2: Windmills at Kinderdijk”