For nearly a week, the Kenai Peninsula has been my home, either in Seward or Soldotna.  The Peninsula ranks as a special place, and even when it rains more days than not, it’s beautiful and hard to leave.  But today was the day to pack gear, look once more at the misty mountains, the rushing rivers and the still lakes and leave. 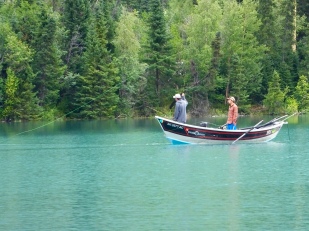 We paused a couple times along the way (once to replace a burned-out bulb in one of my spotlights but that doesn’t really count), to watch fisherfolk on the Kenai River casting from drift boats and to linger a little longer in the face of the peninsular mountains. 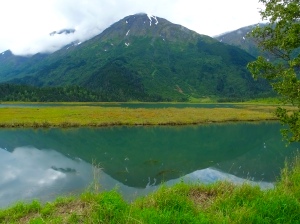 We rounded the east end of Turnagin Arm where the melt water from Portage Glacier flows to the sea and we were off the Peninsula.  We hadn’t stopped at the old mining town now ski and outdoor recreation town of Girdwood on our way to the Peninsula, so we stopped there for lunch at a rough-looking bar/eatery that served decent coffee and pretty good reindeer chili.  The Girdwood stop could have been exciting, however, because road construction workers had just severed a natural gas line as we rode into town and copious amounts of gas were hissing into the air.  As we ate, we watched volunteer firemen scream toward the construction site, but when we left a few minutes later by the same road we came in on, one-lane traffic was flowing past the still-leaking pipe.  So there was nothing to write home about.  But I just did so I guess there was.

A quick stop at the Anchorage Harley-Davidson dealer to replace the overpriced light bulb I borrowed from Mark and to add a spare bulb to my took kit, and we drove the final 40 miles to Palmer where we are spending the night. 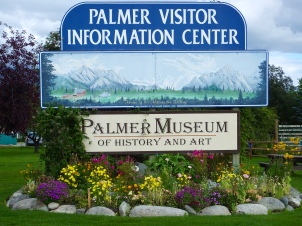 Although we could have taken a short ride to Hatcher Pass to see the mountains and abandoned gold mines and ride a pretty good motorcycle road, we opted instead for a short walk into and around Palmer to see the sights, not that I expected to find much.  And then, as I frequently do, I stumbled on an historical gold mine.  Not a real gold mine.  A metaphorical gold mine.  The Palmer Visitor Center and Historical Museum.
I knew of and taught about many public works projects launched during the Great Depression to put the unemployed back to work and bolster the staggering economy.  But I didn’t know about the built-from-scratch, planned community in Palmer.   In 1933, not much marked the site of Palmer.  By 1936, more than 200 re-located farm families and several agriculture related industries had changed the face of Palmer.

Some experts had believed for decades that the land around Palmer had the potential to be prime farm land if forests could be cleared and the land settled with hard-working farm folk.  So the Federal Emergency Relief Administration created by President Franklin Roosevelt began a project to move struggling farm families from Michigan, Wisconsin and Minnesota who were of Scandinavian descent across the country by train then up the west coast to Seward by boat then on to Palmer by train.  The town had been platted, designs for houses, barns and community buildings had been drawn, and migrant construction workers had been moved to Palmer to clear land and erect buildings with the fallen timber. 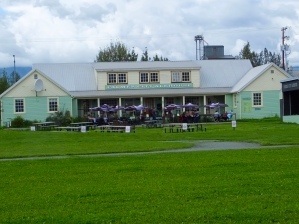 The first year was rough, in part because of the inevitability of screw ups involved in such a  huge bureaucratic undertaking, but by the second year houses were raised, land was cleared and former mid-west farmers were tilling Alaskan soil and raising livestock.  The organized program in social engineering fizzled after about 10 years when the emerging cold war made anything with a socialist taint anathema, but most of the transplants and their progeny stayed and many of the buildings, including the one in which Mark and I had dinner, are still in use today.

Most importantly, perhaps, Palmer is the agricultural heart of Alaska and home to the annual state fair, where proud farmers display giant vegetables such as 10 pound carrots, 20 pound zucchinis, 30 pound turnips, 100 pound cabbages and, believe it or not, 1,200 pound pumpkins.  Genetic culling of seeds and 20+ hours a day of sunlight seem to be the key.

(Note:  Click on any pictures on this page for a larger view.) 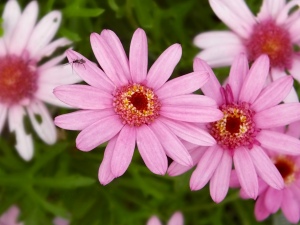 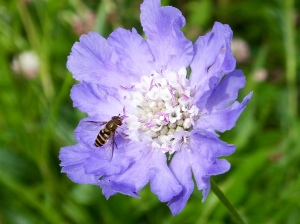 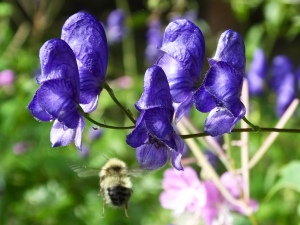 Tomorrow a longer ride to Valdez is in store and so is more rain and colder temperatures.  The Adventure continues.