I hated to leave the big mountains of the main range of the Canadian Rockies, but I know I’ll be back in a week.  There is much more of British Columbia, Alaska, the Yukon, and Alberta to see between now and then.

The GRMA has been like a trip to the zoo, except that the zoo won’t let me ride my motorcycle among the animals.  I haven’t been keeping track of all the wildlife I’ve seen, but it includes antelope, deer, big horn sheep, a black bear that ran in front of my bike yesterday, and two elk I saw today on the Yellowhead Highway (photo right).  Plus a whole bunch of little critters and birds of various kinds.  Still looking for a moose, a grizzly, a mountain goat and an eagle.  I wouldn’t be surprised if I don’t check those four off in the next couple of weeks. 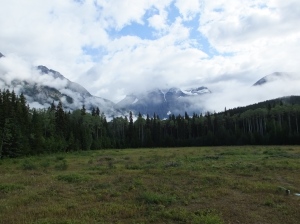 About an hour out of Jasper I stopped at Mt. Robson, but the Canadian Rockies’ tallest mountain (a few feet shy of 13,000 feet) was shrouded in heavy clouds (photo left) as it frequently is.  The summit is only seen about 50% of the time.  I stopped by the visitor center to look around and talk to the friendly Parks Canada staff about things I should see on my way to Prince George.  While there, I found out that the weather is so bad on top of Mount Robson that only five climbing parties out of 70 each year make it to the peak.  Those are about the same odds as trying to climb Denali in Alaska.

The friendly staff at the visitor center made two suggestions, both of which I decided to follow since I had a relatively short ride (250 miles) scheduled for today.  First, they said, stop by Rearguard Falls on the Robson River, only about 15 minutes down the road from the visitor center.  The falls (picture right) are the stopping point for any salmon that manage the 800 mile swim from the Pacific waters.  The current here is too strong and the falls too high for any of them to continue their journey.  But apparently those who make the 800-mile effort are among the biggest that swim up the Fraser River from Vancouver to the Robson River.  Rearguard Falls isn’t as tall as the Athabasca Falls, but the setting was certainly as picturesque and you could hear the waters’ roar from the trailhead  1/4 mile from the falls.

The second suggestion was to go for a hike in the Ancient Forest, about an hour shy of today’s destination. (picture left)  I wasn’t sure that I’d stop longer than it took to read any interpretive displays on view, but when I arrived I decided I had time for a woodland stroll since I gained an hour (again) when I crossed back into Pacific time.  (I’m now three hours ahead of Florida and NC.)  So I put on my hiking shoes and began the climb through an old growth (very old) forest of Red Cedar.

This is an area that has never been logged and is now protected by various Canadian agencies.  What a wonderful walk along a boardwalk several miles long built by hundreds of volunteers over the course of three years.  The boardwalk protects the fragile forest floor eco-system and makes the area much more accessible.  This particular growth is in an Interior Wetbelt Rainforest, the furthest inland of any such rainforest in the world.  I only spent an hour hiking through the Ancient Forest but it was a refreshing ramble through an aromatic cedar forest.  One of the trees (picture right) on the trail is designated as “The Big Tree” and is suspected to be between 1,000 and 2,000 years old.

Following my arboreal assignation, I rolled into Prince George and checked into a rather seedy Econolodge.  My purpose in arriving mid-afternoon was to be able to change the oil on my bike before plunging into the scarcely-populated wilds of northern British Columbia and the Yukon.  I located my preferred lubricant (AMSOil) and went to Walmart to buy a drain pan and a funnel.  But the service manager there said I couldn’t change my oil in their parking lot (like Walmartians haven’t done weirder things in their parking lot), so I went down the street to a Canadian Tire dealer who said sure, no problem, leave the old oil in the recycle area.  So at Canadian Tire I bought a pan and funnel and 30 minutes later had fresh oil in bike.

Tomorrow looks like another short ride, this time to New Hazelton.  There are some First Nations sites, exhibits and museums along the way I hope to visit.

More pictures from today that I liked: 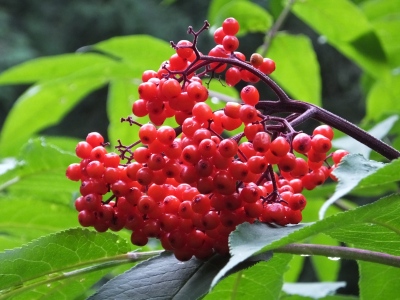 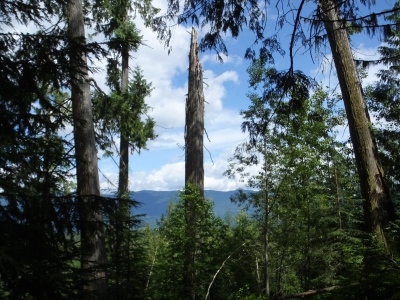 3 responses to “GRMA Day 16: Smaller Mountains and Lots of Forest”